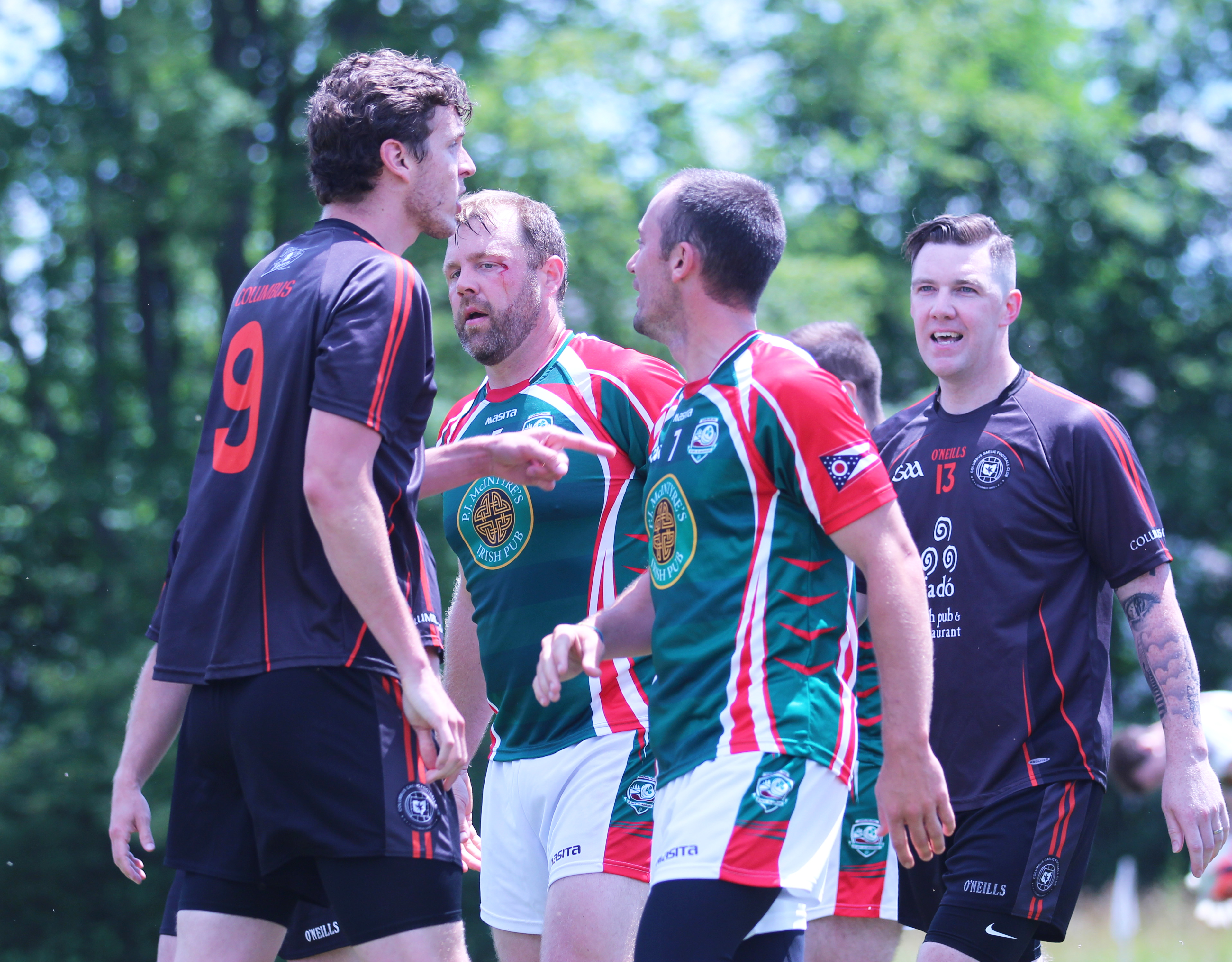 Cleveland GAA came away with a home victory followed by one on the road in their latest games in the Midwest.

Cleveland GAA came out in full force with a squad of 28 on Sunday 9th July at the West Side Irish American Club versus the boys from Columbus. A very physical Columbus team started off hot with an early goal and a few points but Cleveland took over the lead a quarter of the way through the first half and didn’t look back. Coach Martin Wall was proud of the team’s showing claiming it was the best team we’ve fielded since winning Nationals in 2015. Special thanks to our recently departed goalie, Noah Dion, who happened to be in town and made some great saves during the game.

The Cleveland boys traveled well down to Cincinnati this past weekend (July 15th) bringing a strong 17 but were missing a few of the starters from the previous week. The team started off a bit sluggish and found themselves tied at half. Cincinnati came out hot after half scoring 5 unanswered points. Luckily, Cleveland ignited a flame after the poor start and battled back to tie and then quickly take over the lead mainly off the foot of Colin Irwin (pictured), who booted some points from deep. The team is now 2-1 going into the last game of the season vs. Detroit.

Cleveland face Detroit next on Saturday July 22nd, with a win taking them through to the Midwest Finals and a chance to go to San Francisco for USGAA Finals.