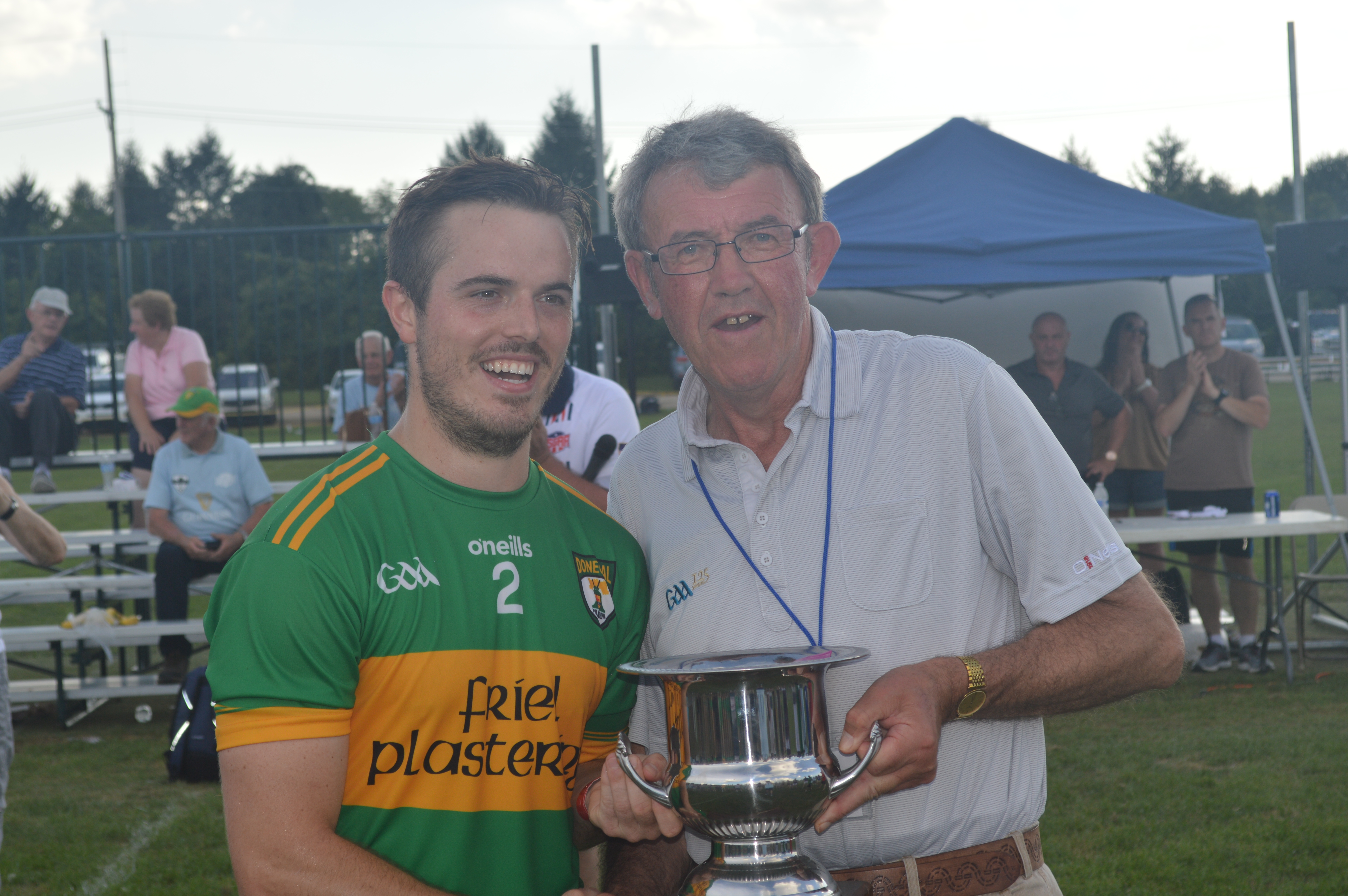 The Greater Chester Valley Sports Complex was the venue for the 2018 USGAA Finals, hosted by the Philadelphia GAA. Located about 30 miles west of downtown Philadelphia, the venue was second to none with playing surfaces that were in immaculate condition. There were 5 fields in operation for 3 full days to host more than 100 teams competing in 19 different competitions. Despite a wet and rainy Friday all games were played according to schedule on the first 2 days, setting the stage for some great finals on Sunday.
Each of the 4 major divisions took a senior title. Local side, Donegal St. Patrick’s, defeated San Francisco’s Young Irelands/St. Brendan’s in the football final. The ladies football final saw a tremendous battle play out between Charlotte James Connolly’s and St. Bridgid’s from Chicago. Charlotte were defending champions and made history last year by winning a senior trophy with just 2 Irish born players. It was a ding dong battle that could have gone either way, and a late goal from Bridgid’s saw the Chicago team take the crown by a score of 6-12 to 5-14. Senior Hurling was Tipperary from Boston who defeated Vancouver in a final that saw the Canadian’s push the Boston team all the way, and in Camogie San Francisco captured the cup by defeating New York side, Liberty Gaels, with a last minute point from 60 yards.

The host division also captured titles in Junior B Football (Donegal St. Patrick’s) and Junior B Hurling (Allentown), while 3 Canadian teams took some silverware across the border, all intermediate. Vancouver J.P.Ryans won the Intermediate Hurling championship, St. Mike’s Toronto took the Ladies Intermediate football title as well as the Intermediate camogie championship. There was a first for the OC Wild Geese from California after they won their first ever North American title by taking one of the 2 Junior C Football Cups on offer, by beating the Cayman Islands in the final by a score of 1-13 to 1-5.
The coveted Junior A football and hurling cups both went to San Diego. Setanta won the Junior A football trophy with an impressive win against Cork from Boston, and the hurling went to St. Peter’s San Diego. The Coastal Virginia (COVA) club took back the Junior C Hurling and Junior Camogie trophies, while Charlotte did not return empty handed as their junior team captured the Ladies Junior A Football championship.
To add some fun to the weekend, Guinness held a crossbar challenge in football and hurling/camogie. On offer were 2 sets of Masita gear and a Masita Guinness shirt for each winner. The football prize was won by Summar Corley from DC Gaels while Darren O’Donovan won the hurling prize.
Congratulations to all of the winners and well done to the Philadelphia division on a wonderful job of hosting the finals. The fruits of months of preparation were borne on the weekend, and the GAA community were out in force to help with every eventuality. Up next for the folks in Philly is the 2019 CYC competition, and it is the Mid-Atlantic division who are hosting the 2019 finals.