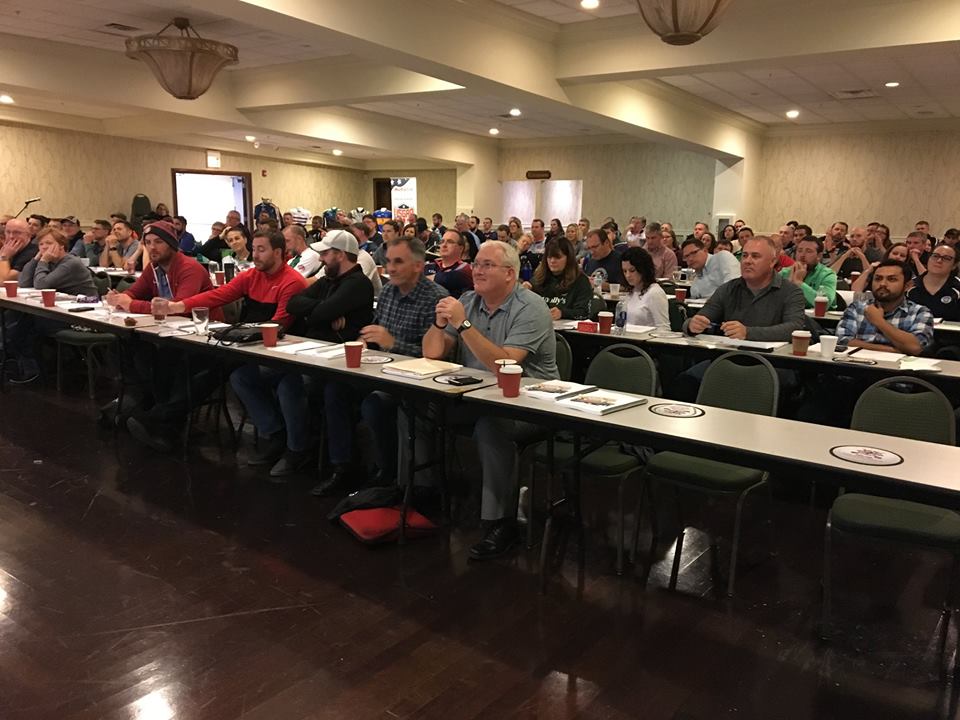 The stage will be set for the coming year as the 2019 USGAA Convention will be hosted by the San Diego GAA at the Courtyard, San Diego on November 8 and 9. Delegates from all 10 divisions and 143 registered clubs will travel from around the country to go about the business of hearing, and voting, on motions and electing a committee for 2020. The USGAA is the largest overseas unit of the GAA, and 3rd largest worldwide, catering to approximately 8,000 Adult and Youth players in all 4 codes around the country, with new clubs are forming each year. The Annual Convention provides a forum for sharing of thoughts and ideas, and usually includes some passionate debate from differing viewpoints on the road ahead.

Of significance coming into 2020 is a rule that is scheduled to take hold that requires men’s senior football teams to field at least 2 Home grown players. This follows on from the 2017 convention in Norfolk Virginia in which a motions was passed to require a minimum of 2 homegrown players on the field for men’s junior football. A number of motions have passed in recent years that have moved the organization towards an increased emphasis on home based and homegrown players.

There are plenty of challenges and opportunities for the GAA in the United States with the sports enjoying an enthusiastic base of participants and clubs popping up in all areas of the country. In 2019 new clubs were added in places such as Butte Montana, Tulsa Oklahoma and Portland Maine, with several in the pipeline for the coming years. Facilitating some structure and guidance around this growth is a challenge and also a great opportunity.

It was with heavy hearts that the year’s work began, as weeks following the 2018 convention, the board was hit a major blow with the news of the untimely passing of newly elected Vice Chairperson, Liam Hegarty. As a mark of respect to Liam, USGAA and its Divisions held the position open for the duration of the year. Liam was a major contributor to the development of Gaelic Games in the United States at youth and adult level, and his guiding presence is sorely missed.

It will be a new committee to take up the baton with a number of positions up for grabs and possibly a new face or two on board. So, on to San Diego in a couple of weeks and a new start to the 2020 year. 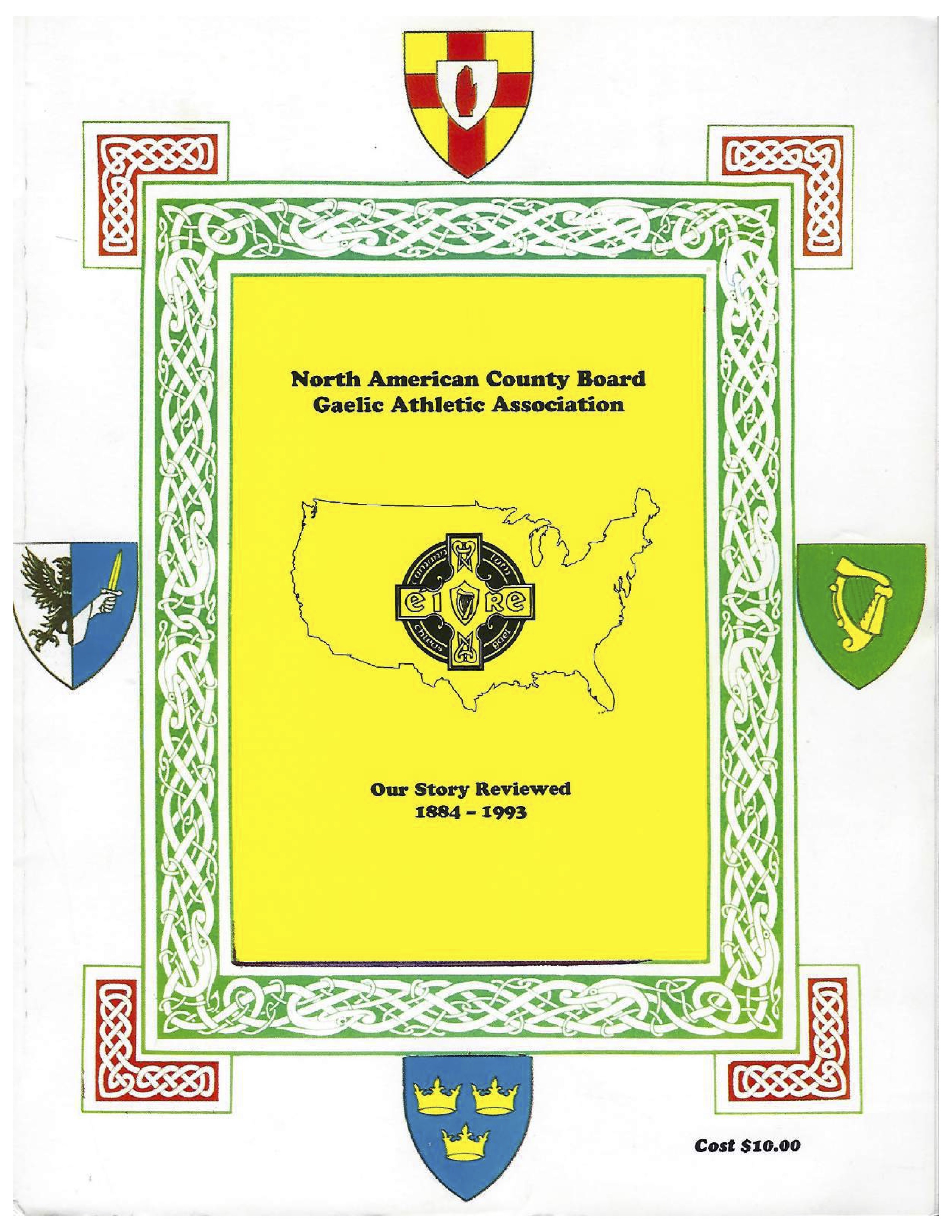 Over the last few months, USGAA have been busy documenting and archiving historical material dating back to the formation of the North American County Board in 1959.

This material is all now available on the USGAA Website, and includes various information ranging from locations of Finals, to lists of National Champions, to names of Former NACB\USGAA Officers. Additionally, a large amount of Convention Reports going back to 1990 have also been uploaded.

Finally, a scanned copy of the 1993 History Book “NACB: Our Story Reviewed, 1884-1993” is now available for downloading from the website. This very detailed book covers GAA activities in the jurisdiction, prior to the founding of the NACB.

USGAA would like to thank former NACB\USGAA Officers who provided material and also assisted in verifying the accuracy of much of it, in addition to the many who helped write this history by their role in building NACB\USGAA over the last 60 years:

If you notice any errors and omissions, these can be corrected\updated by contacting secretary.usa@gaa.ie — material that can enhance these archives is also welcome. 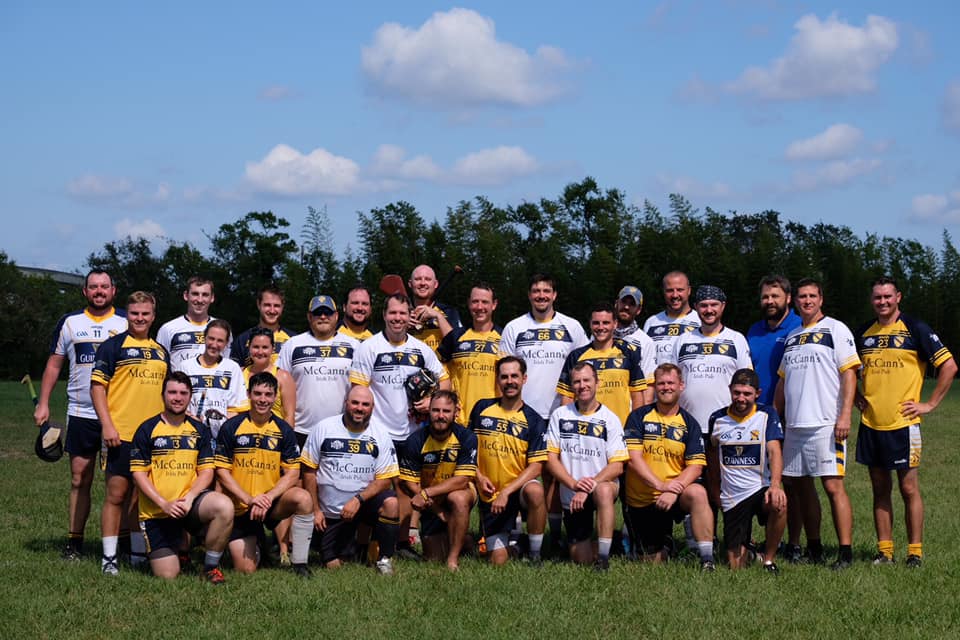 This was the 7th Holy City Cup in the club’s history and turned out to be the biggest tournament to date. With 2 fields to play on, a total of 8 teams were present including Greenville, Knoxville, 2 teams from Augusta, 2 teams from Charleston, a college team in UNC-Chapel Hill, and the newly reformed Charlotte club. There were also some players from Tampa, Columbus and Raleigh to help some teams out with numbers. The tournament also had 2 USGAA registered referees, Scott Cooper from Tampa and Keith Knott from Akron.

The day turned out to be a beautiful clear sunny day. From 10:30 am till 5:30 pm the fields saw great competitive hurling. The team of the day was Knoxville as they went on to beat Charleston for the inaugural South East Division Championship and then had an undefeated day and win their first ever Holy City Cup. Over the last few years Knoxville has seen tremendous growth in numbers and in skill. Their hard work showed off on the pitch. Greenville had a strong day as they went undefeated in their pool play but to only come up short in the final.

Charleston split their team up into a Gold team and a White team. The Gold team was comprised of the players who represented the club at the USGAA Nationals. They fell just short against a tough and determined Knoxville team but recouped and showed their strength against UNC and Charlotte. The White team was comprised of anyone who did not make the trip to Nationals. They fell against Greenville in their first game where they were unable to overcome an early deficit due to some quick early goals by Greenville. They recovered against the Augusta Blue team but then fell in a close match against the Augusta Red team. Both teams were very evenly split.

The after party was held at Tommy Condon’s on their patio. Food was provided. There was no shortage of craic on this evening as hurlers from around the southeast shared their war stories from the pitch. This is the one great attribute to our game. After a grueling day of hard fought competition, physicality, and sweat, no matter what happened earlier we all get together and enjoy each other’s company. We leave everything on the field. Including grudges. On the pitch we are adversaries but off of it we are a family. 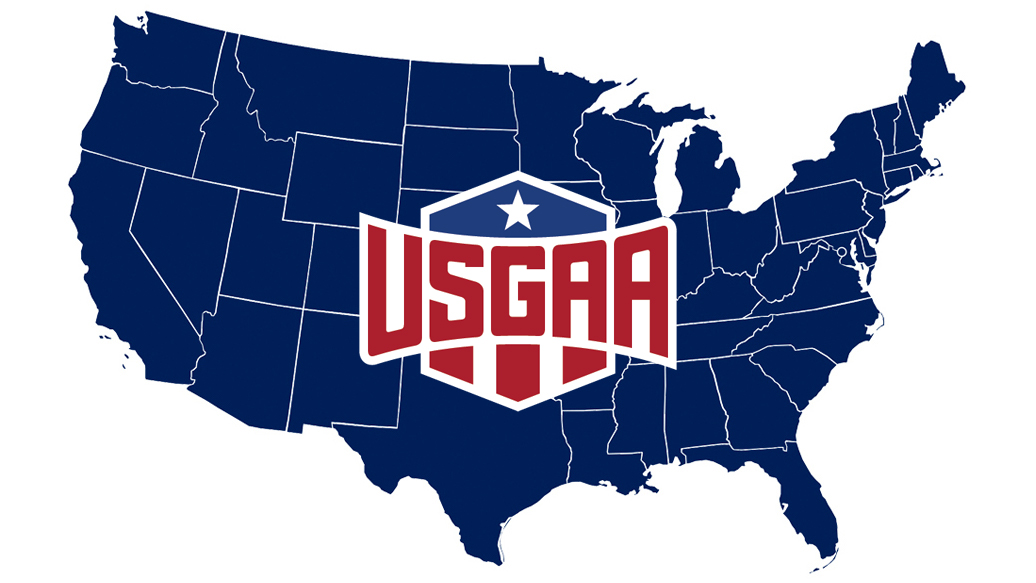 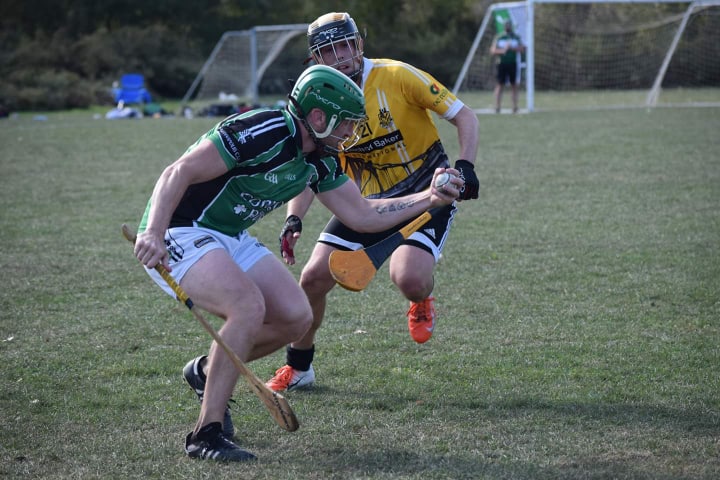 The 2019 annual Al O’Leary tournament hosted on October 5th by the Akron Celtic Guards was once again a rousing success with Indianapolis hurling club taking home the trophy after a hard fought match against The Pittsburgh Pucas hurling club. Indianapolis has been the victorious team for four years running. No doubt Pitt will be back next year to try and avenge their loss.

The Al O’Leary began 16 years ago as a friendly regional tournament between the Akron, Pittsburgh, and Indianapolis hurling clubs. With the support from key sponsors such as Ancient Order of Hibernians, Mark Heffernan Div 2, Frank’s on Market, Ray’s Pub and the Sports Alliance of Greater Akron, the tournament has grown to be the Midwest’s largest Gaelic Games Tournament attracting hurling, camogie and Gaelic football clubs as well as collegiate teams from around the country.

Our tournament not only provides a chance to compete, but a chance for the Celtic community to come together and promote Irish culture and heritage through sport. 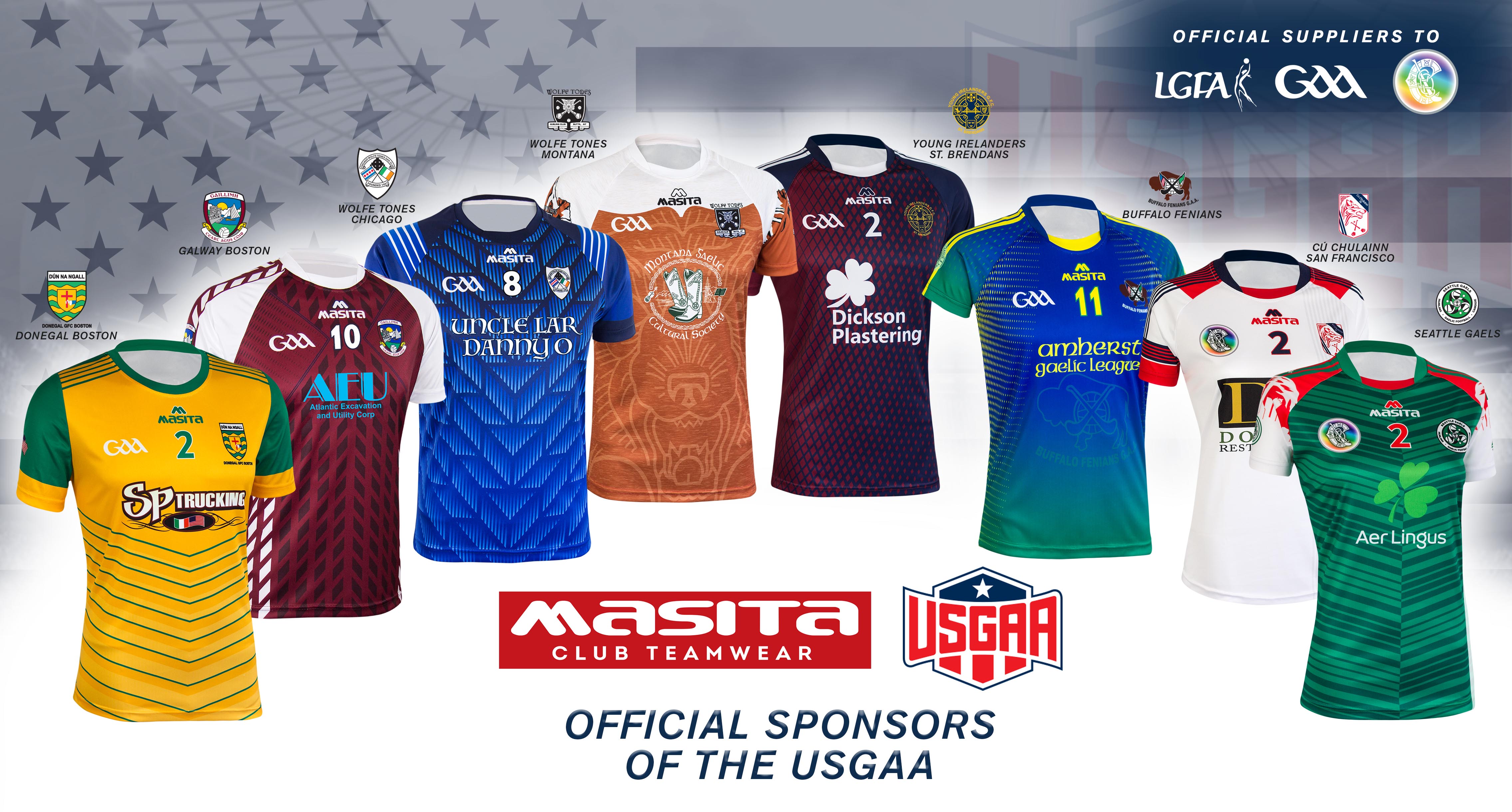 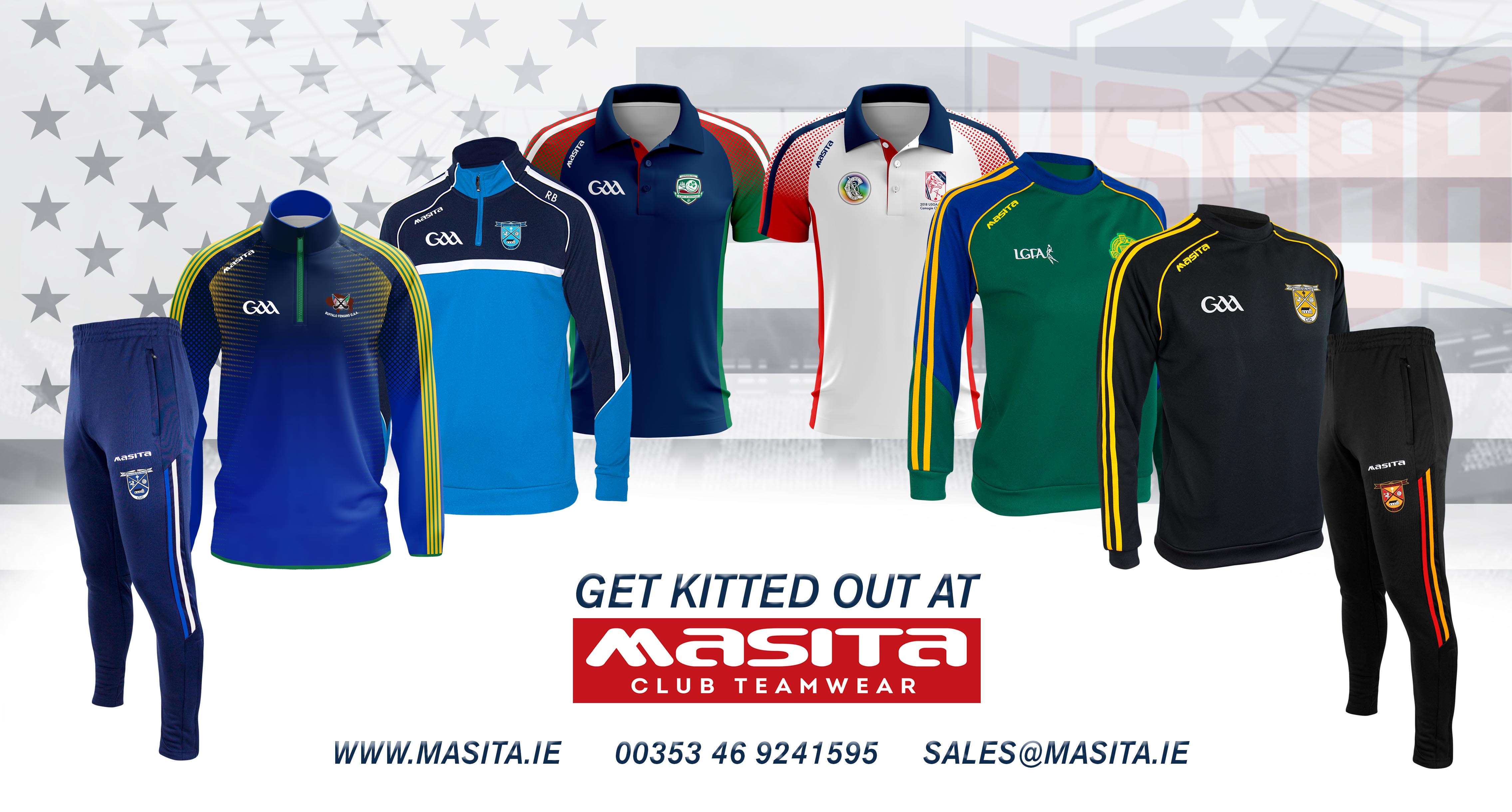 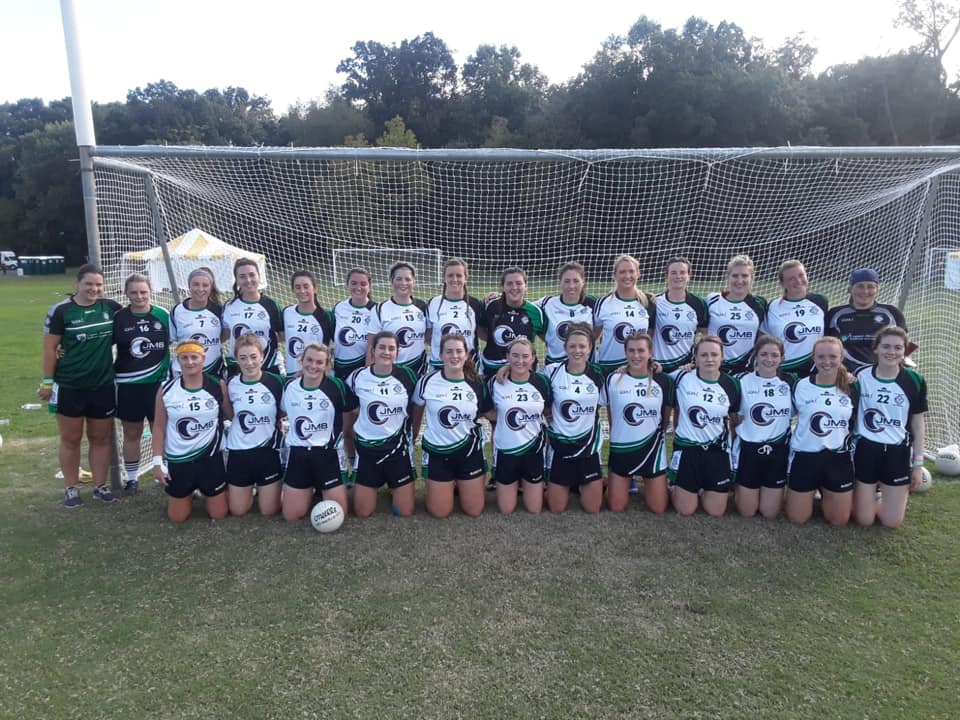 SFGAA FINALS:
Sunday 11th of August saw an early conclusion to the SFGAA Championship season, which saw Sean Treacys GFC come out on top as Senior Football Champions. However, the early Championship front runner was Sons of Boru/Celts. They were staking a claim for home based clubs after having another successful preseason and winning their first St. Patrick’s Cup. Boru/Celts were leading the charge in the first round of the two round robin Football Championship, with wins against Ulster and YISB and a draw against Sean Treacys. However, in the second round robin of the Championship Ulster, YISB and Sean Treacys were also picking up victories. Sean Treacys made it straight to the Final with a win over Boru/Celts. YISB had enough fire power to get them past Ulster and in doing so knocked Ulster out of the 2019 Championship. Our Senior Football Final was to see Sean Treacys 2.15 defeat Young Irelanders/St. Brendan’s 0.09.

The Senior Hurling Championship did not disappoint again this year, with the who’s who of Hurling coming to the Bay Area Teams. All 3 Senior Hurling clubs gave us great entertainment throughout the season, but it was Tipperary who found their way straight to a Final berth. Na Fianna and Naomh Padraig dueled it out at the Semifinal stage and Na Fianna were to prove too strong for their age old rival. Our Hurling Final did not disappoint with and was a tight affair right to the end. At Halftime the Teams were level Tipperary 1.07 v Na Fianna 0.10. Na Fianna were to get their 3 goals in the second have which was to keep them just ahead of Tipperary who were scored 1.01, from 2 penalties that were awarded in the second half. Final Score Na Fianna 3.16 v Tipperary 2.16.

The Junior Hurling Championship saw the inclusion of a So Cal combination team of St. Peter’s Hurling Club from San Diego and the Orange County Wild Geese. They made 3 trips to the Bay Area with the 3rd visit being for the Final against St. Joseph’s HC. In a very entertaining and competitive Final it was St. Joseph’s 1.22 who came out on top over a very determined So Cal 1.19. All clubs relished the new competition and hopefully next year we will see a continued expansion of our Junior Competition.

The Junior Football Championship had a short season due to the fact that 3 out of our 4 Junior clubs were to travel to Ireland for the 2019 GAA World Games hosted by Waterford. Michael Cusack’s were to go undefeated in this Championship and regain the Junior title which they last won in 2014. Michael Cusack’s, Pearse Og and Eire Og are all to be congratulated on their efforts at the World Games. Eire Og who topped their Group against Toronto, Argentina and Italy were defeated in the Quarterfinals by France. Michael Cusack’s came 2nd in their Group which included New York Freedom, Brittany and Iberia. Cusack’s were also to lose out to New York Liberty. Pearse Og who represented in both Football and Hurling, were to see success in the Hurling Plate Final Pearse Og 3.06 v Canada 2.03. 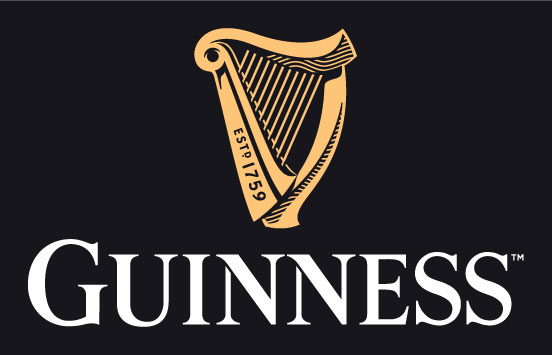