USGAA Registration is open to players and social members to register using Stack Sports. The system and process are essentially the same as we have used the past three years, where clubs are required to pay their Annual USGAA Club Affiliation fee online and then members can individually register with the affiliated club. The 2022 edition of the Registration Manual has been released and forwarded to the Divisional Registrars. Further details, and the link to the USGAA Registration system, is available on the USGAA website:

Camden, SC sees what Gaelic Sports are all about! 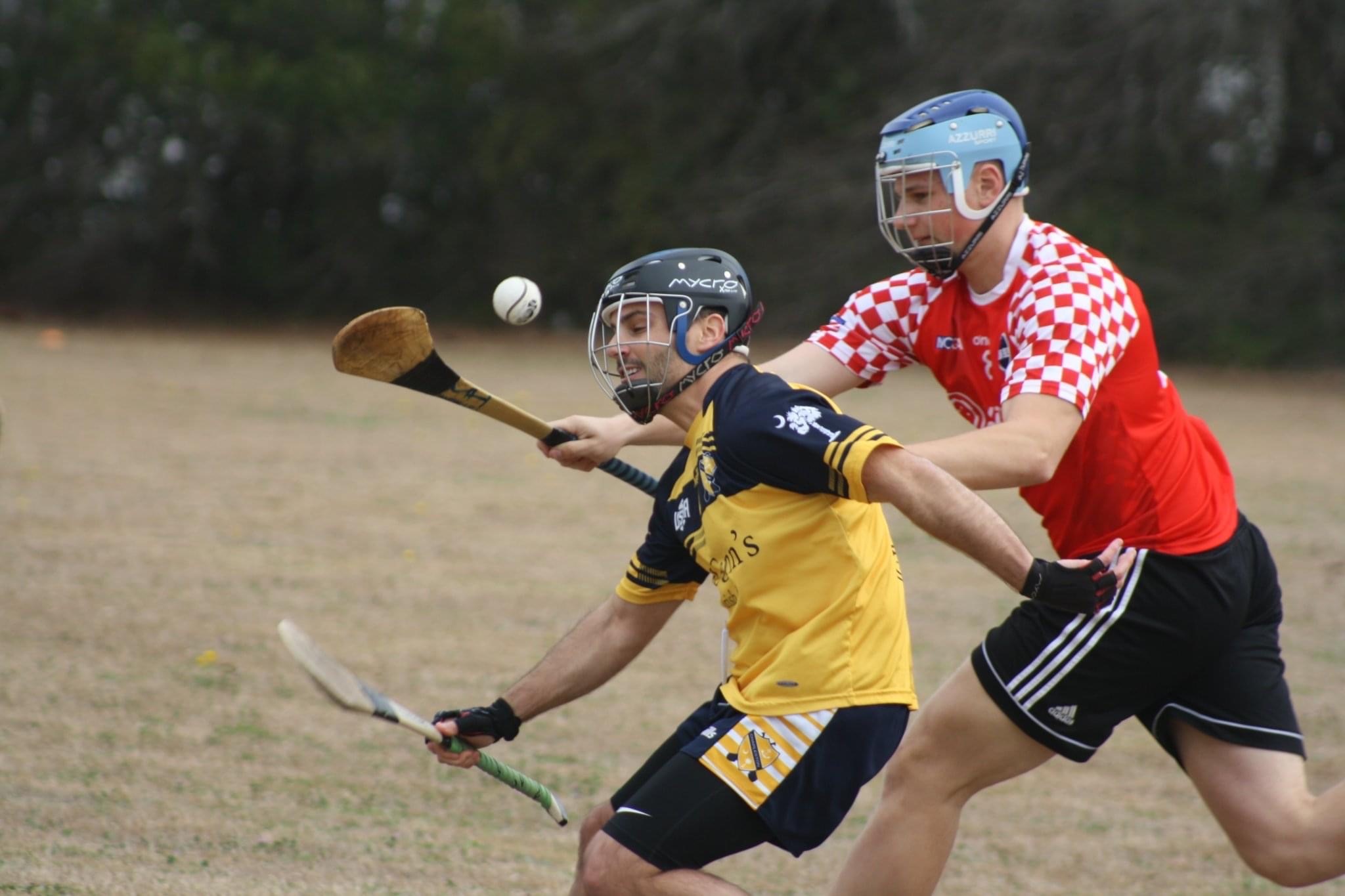 Camden, South Carolina got its first taste of Gaelic sports at the Camden Irish Fest on March 5. The festival was the perfect setting for a hurling exhibition. Hearing the buzz of live music and a festival crowd amplified an already excited group of hurlers.

The format was a four-team round robin, made up of Augusta, Charleston, Greenville and The Citadel with teams playing nine-a-side. A round robin doesn’t always have a true championship game, but that was not the case in Camden. Greenville and Charleston were both 2-0 heading into the final game of the day. The vibe was electric, players from both clubs said it felt like a Nationals qualifier. Each club really wanted to take home the inaugural Camden Cup. Greenville’s movement was crisp in the first half, finding multiple wide-open points. The tides turned in the second half when Charleston ramped up their effort and turned into a goal-scoring machine. Final score Charleston 8-3 (27), Greenville 3-8 (17) 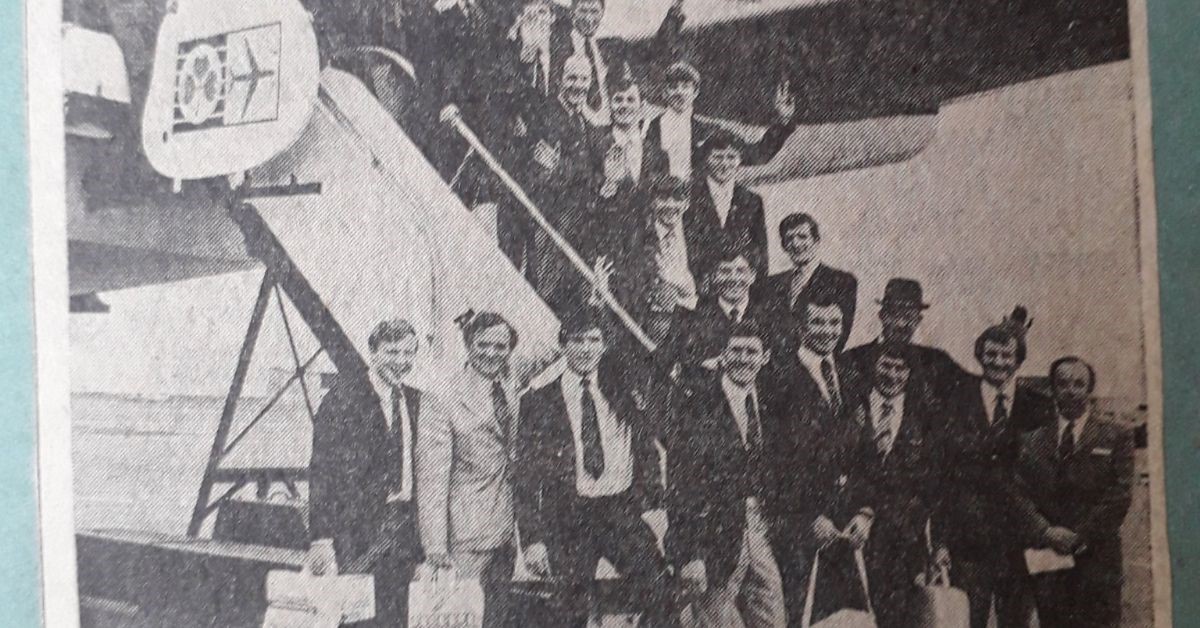 “It was late into a Californian night as hundreds of Irish and Irish Americans swarmed around the arrivals gate at San Francisco International Airport. They were there to greet the 707 jet that had just flown the 1971 All-Ireland champions Tipperary and Offaly, the Carrolls All-Star hurlers and footballers, their officials and supporters, over 5,500 miles from Ireland. An air of high excitement and great expectancy hovered over the terminal,” wrote Mick Dunne GAA journalist and one of the founders of the All-Star scheme in 1973.

A significant part of the All-Star story has been the opportunity for players to travel and play abroad. But have you ever wondered when was the first All-Star trip, who was in the touring party and where did they visit?

The first All-Star tour took place in late March 1972, when a party containing four GAA teams travelled on a 10-day trip to the West Coast of America. The trip was organised by the GAA with the help of two local groups, the Saint Patrick’s Fathers and the United Irish Societies, to coincide with the St Patrick’s Day festival in San Francisco that year.

The travelling party included the inaugural hurling and football All-Star teams chosen in 1971 plus the reigning All-Ireland football and hurling champions Offaly and Tipperary who provided opposition in the series of matches played over two weekends.

Prior to this, the East Coast of America had been the destination for most visiting GAA teams, so the trip caused great excitement for players and officials alike. It was also a rare opportunity for Irish people in San Francisco to see the top GAA stars in action in an era that predated the broadcast of Gaelic games in the US. “To see the players in real life was incredible”, said Tim Murphy, of the United Irish Society. “In those days we had no access to Gaelic games on TV or radio.

The trip was sponsored primarily by the first All-Star sponsors, tobacco company Carrolls, with help from many successful Irish Americans within the community.

Following a formal welcome at San Francisco airport by Mayor Joseph L. Alioto, the touring party travelling to City Hall for a reception. Here the players met their hosts, local Irish American families who hosted the players for the duration of their stay. This arrangement was an attempt to keep the tour costs down and led to many lifelong friendships, along with a few romances, which have stood the test of time.

The All-Star hurlers and footballers played twice against the All-Ireland Champions over two weekends in Balboa Stadium, a soccer pitch downtown San Francisco.

Tipperary won the first ever All-Star match by just 3 points, with a big score line of 6-10 to 6-7. In football the All-Stars beat Offaly by a single point, 0-12 to 0-11. Galway’s Liam Sammon, who captained the football All-Stars remembers, “there was a lot of competition between Offaly and Galway at that time. The All-Stars won with a controversial late point and the Offaly players were determined to win the second match. We heard rumours that they trained all week!”

An estimated 6,000 spectators watched the matches that first weekend, as reported in The San Francisco Chronicle. “The spectators who overflowed the stands onto Balboa’s grassy slopes enjoyed the games immensely”.

Despite the match intensity, the tour gave players from rival counties a unique chance to mix and socialise, at a time when there was little opportunity to do this at home.

The players were the guests of honour at the many official events in the Irish Centre during the 15-day trip. “We were like gods in San Francisco wearing our green All-Star blazers”, recalled Andy McCallin, Antrim’s first and only football All-Star. A party was also held in Harrington’s Bar downtown and the venue became a meeting point for the players during the trips.

Following the success of the inaugural trip in 1972, San Francisco was again chosen as the destination in March 1973. The All-Star tour became established as an annual event during the 1970’s and the itinerary was expanded to include other American cities such as Boston, New York, LA and Chicago.

San Francisco has a special connection with the All-Star scheme not just as the 1st tour destination but also as the city that has hosted the most All-Star tours: 16 in total. Most of these visits took place during the first 20 years of the scheme before the trips visited Canada in the early 1990’s. After an 8-year gap due to changes in sponsorship, the annual All-Star trip resumed in the early 2000’s.

In January 2001, the All-Star visit to Dubai marked the start of new era of tours abroad.  Recognising the opportunity to promote Gaelic games in Irish communities further afield the GAA accepted invitations from GAA clubs in the Far East, Asia and Argentina. When the All-Stars returned to the US, new cities were included, such as San Diego, Austin and Philadelphia, as well as the traditional host cities of San Francisco Boston and New York.

The All-Stars trip to San Francisco in 2008 coincided with the official opening of the San Francisco GAA headquarters on Treasure Island.

Similarly, the trip to Boston in 1999 marked the opening of a new home for Boston GAA in Canton, South Boston and the All-Star trip to New York in 2007 celebrated an upgraded Gaelic Park.

Years earlier in 1989, the 75th anniversary of the GAA in New York was marked with a double bill in Gaelic Park when the hurling All-Stars played All-Ireland champions Galway and the Cork footballers played a New York team in the National League Final.

Impact on the Diaspora

Paddy Gormley of New York GAA remembers the excitement generated by the early All-Star matches. “At that time, all you saw on television was the football All-Ireland final. But it wasn’t live, you had to wait until the Monday night to see it. And we never saw the hurling. The All-Star matches in 1975 brought the biggest crowd that I had seen since the 1960s”.

“We were really privileged to see the All-Stars play together because at home in Ireland people didn’t see them play any matches”, said Tommy Smyth of New York GAA. “The All-Star visit was always such a big occasion. It meant so much to the guys living out here particularly from the smaller counties. That they could go and see their players; sometimes, they were even from the same club. They knew they would never see these players in an All-Ireland final but would get to see them play in Gaelic Park. You would hear people in the crowd saying, ‘do you see him, he’s ours’.

Cork legend and dual player Jimmy Barry Murphy summed up the impact of an All-Star trip perfectly when he shared his memories in an interview for All-Star Gazing. “Winning an All-Star became a target for players largely because they wanted to go on the trip. In 1973 when the Cork footballers won the All-Ireland, I remember one of the lads saying to me as we climbed the steps of the Hogan Stand to pick up Sam Maguire, ‘this means we will get to go to San Francisco!’” 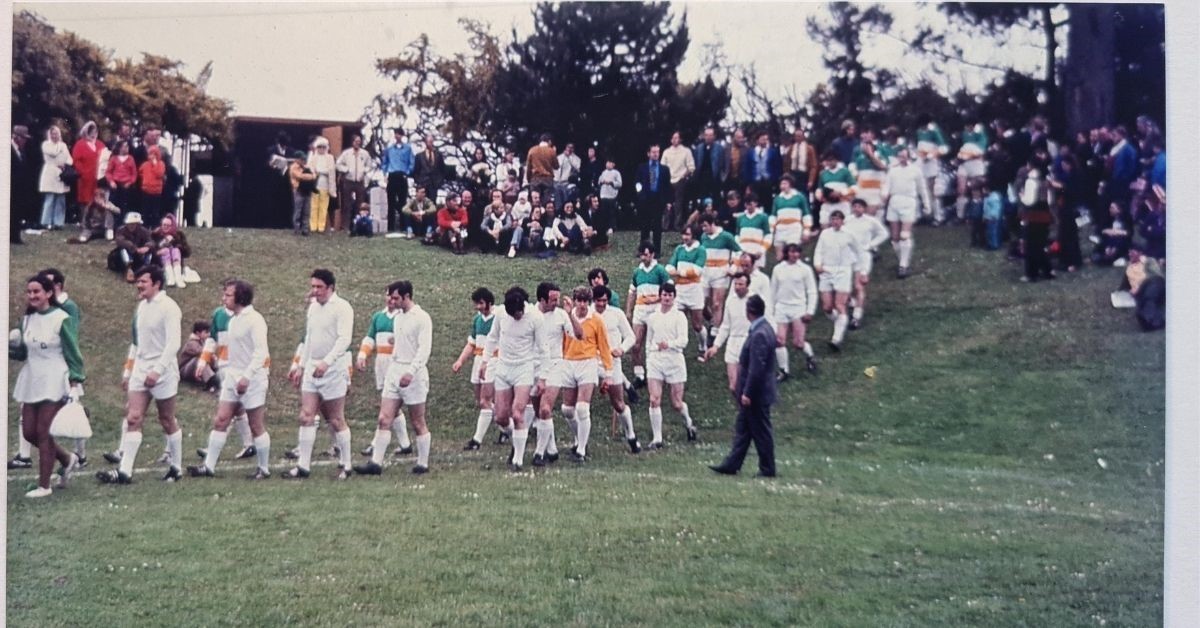 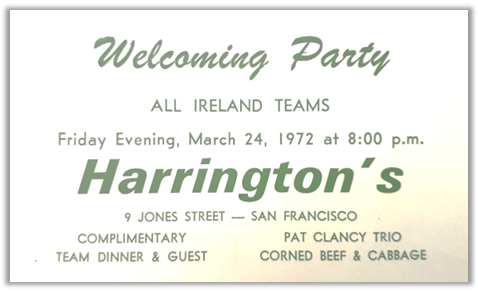 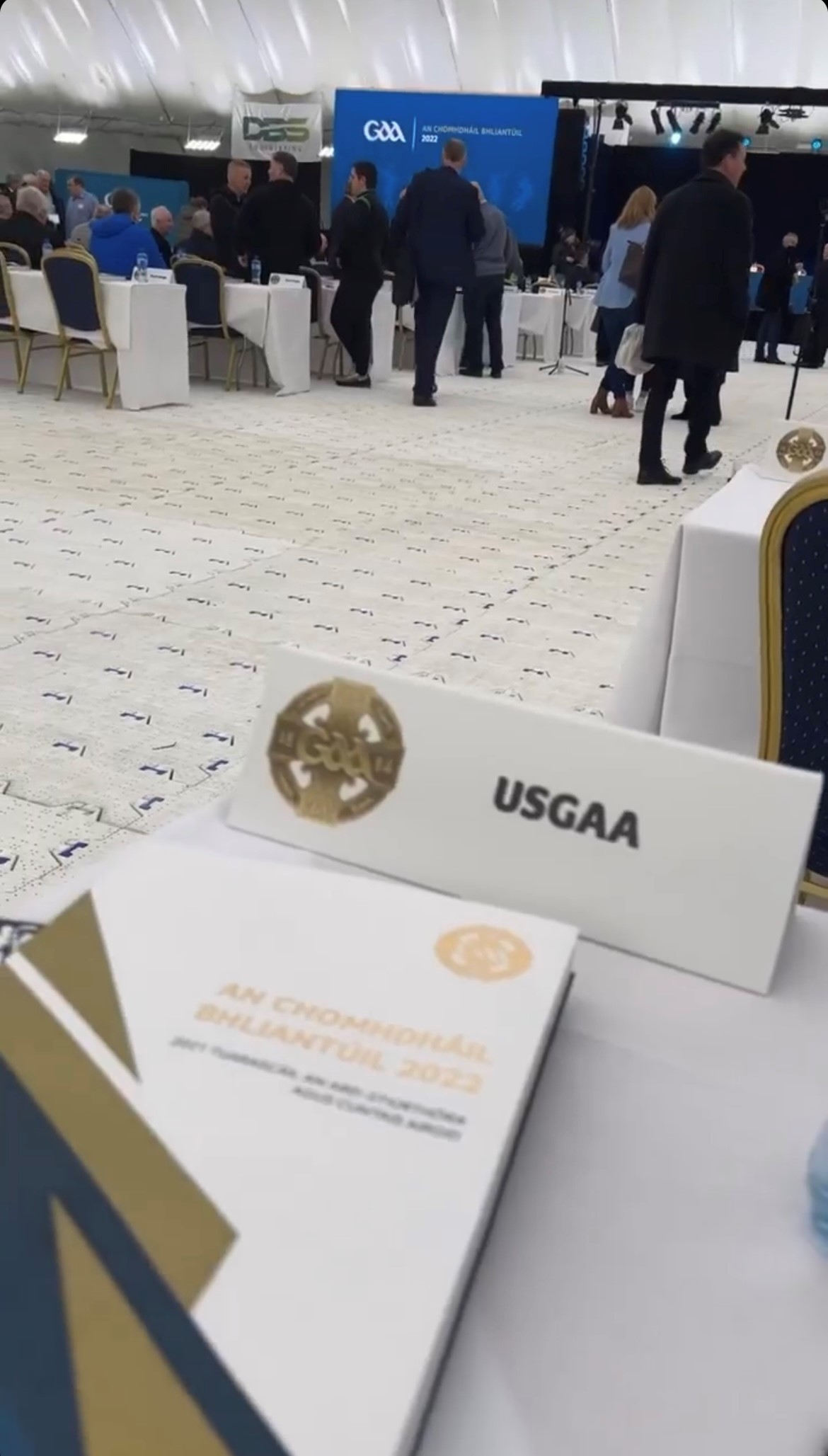 At the recent GAA Congress in Co Mayo the USGAA sent a full delegation and the following is a summary of events and outcomes. 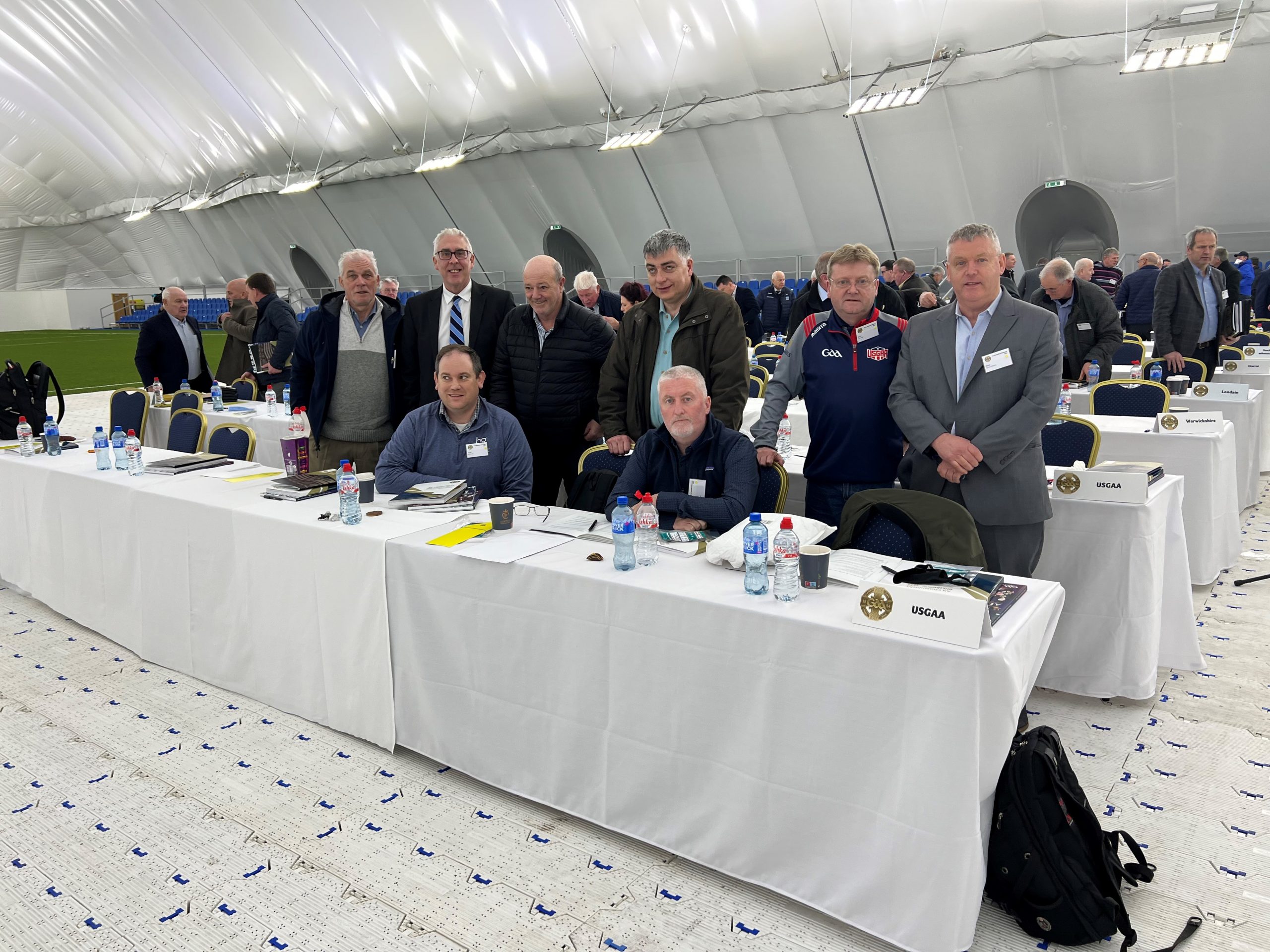 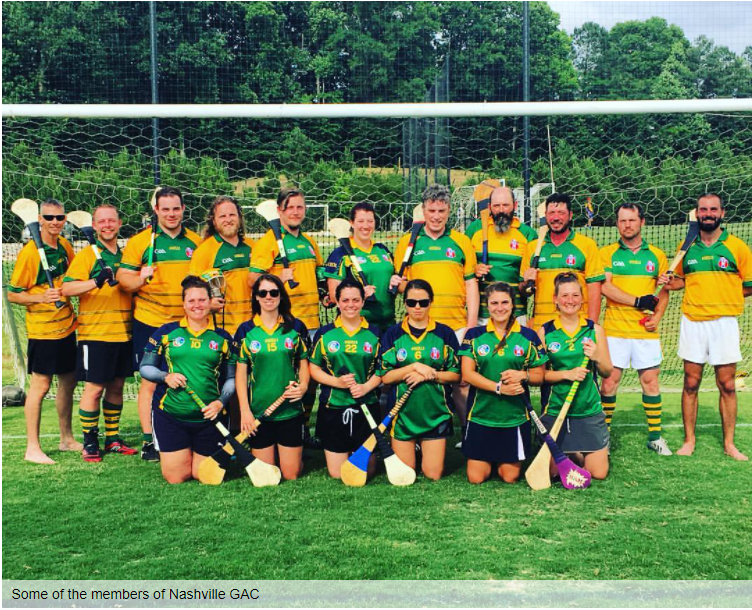 Conor Doolan of the Irish Echo published a story on March 29, 2022 about NAshville GAC, an affiliated USGAA Club. The article reads:

Nashville, the home of Country Music, Hot Chicken and Honky Tonks is also home to a dedicated club of Gaelic Football and Hurling fanatics.

Though they may be far from the green sods of the Irish homeland, Nashville Gaelic Athletic Club continues to go from strength to strength.

The club origins have their roots in an enthusiastic group of Middle Tennessee State University students who fell in love with hurling. These students joined the Nashville GAC after it was founded by John Watson and Anji Wall. The club’s green and gold jerseys are inspired by Blackrock GAA in Cork City.

Historically, Tennessee has a long and proud legacy of Scots-Irish settlers dating back to the 1700s. Those early pioneers played their part in the founding of Nashville. For example the Donelson, Robertson and Henderson families can all trace their lineage to Ulster. In the aftermath of Ireland’s darkest hour, the Great Hunger, in the mid-1800s Irish families immigrated to the United States – some eventually settling in south eastern states.

Today, the ever-growing Irish community centered around Nashville features traditional dancing and music schools, folk bands, and a local division of the Ancient Order of Hibernians.

Nashville GAC hosted the tournament and featured competition from neighboring clubs from Memphis and Atlanta. Naturally being located far from the major hubs of the Irish diaspora, Nashville’s club membership is predominantly American born. Every year the club has a very active social calendar including monthly meetings and family dinners.

Nashville GAC featured as part of an impressive line-up of Irish cultural events in early March, providing exhibition games for the County Sumner Irish Festival, which was held in Bledsoe’s Historical Park near Gallatin, Tennessee.

Events Manager at Sumner County Tourism, Grace McKinney, confirmed that 2,300 visitors were exposed to the world of Gaelic Games. The festival itself was a resounding success.

Chairman Noah Fitzpatrick is keen to develop links with the ever-growing Irish community in Nashville.

“This is certainly something we want to continue to see grow,” says the Tennessee native Fitzpatrick, who traces his lineage back to County Cork.

“Our long-term goal is the establishment of our own Gaelic grounds somewhere in this rapidly expanding city of Nashville, that would be a dream come true, especially if all of the Irish groups continue in working together to promote Irish culture.”

“Our club consists of folks from all walks of life and we are always looking for new members to join our family.” Barry says the club’s next event will be one of the most exciting of the year.

“Our next major event is the Music City Invitational Hurling Tournament on April 2nd. We’ll be holding it at Ted Rhodes Fields just north of the city center. We’ll host clubs from Knoxville, TN; Atlanta, GA; Naperville, IL; Memphis, TN; and many more. 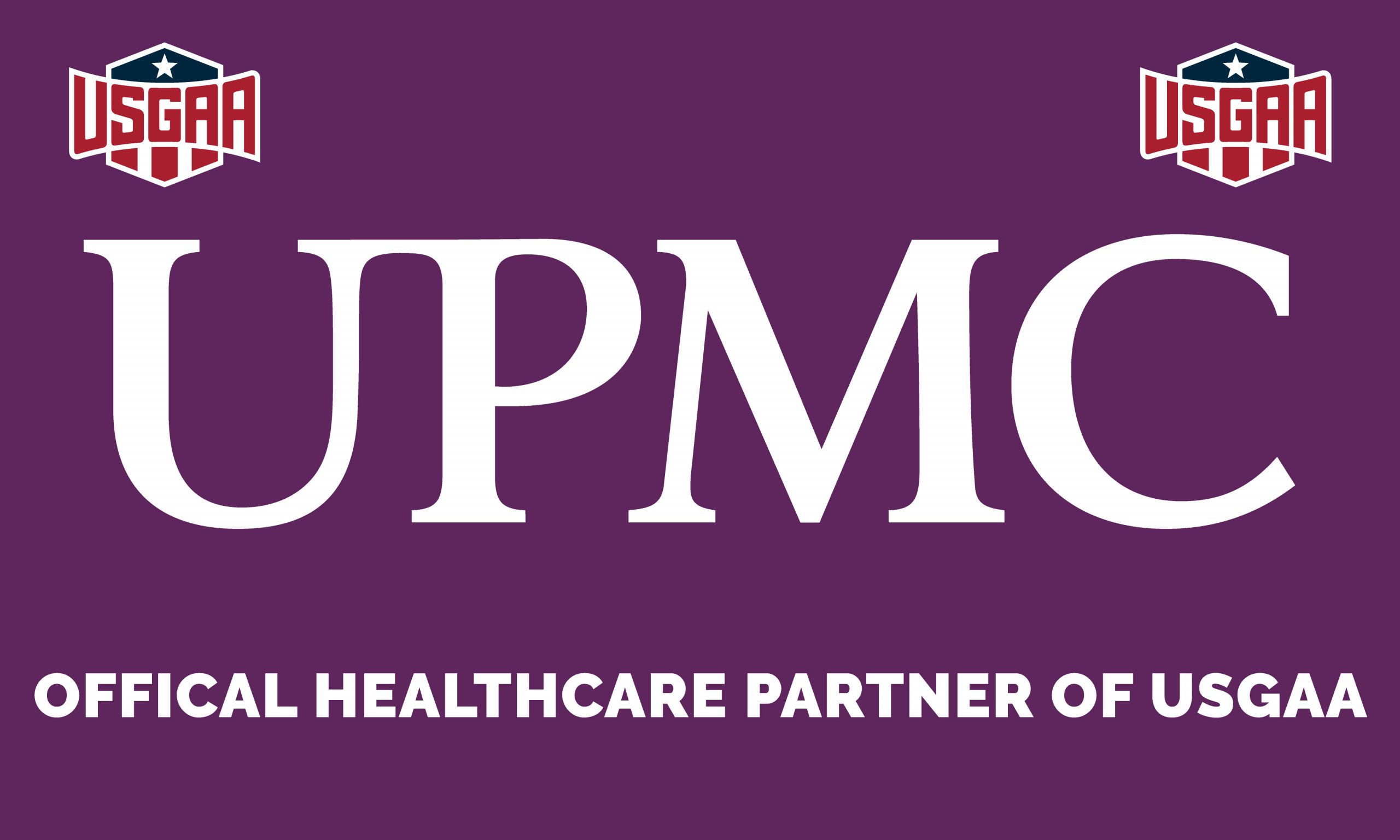